This week’s Hub Focus features Nigel Bowen-Easley in a 1961 Aston Martin DB4 S3 which actually sold after he wrote this for us only a week ago. Despite this we still wanted to share it with you, so keep on reading to find out why it’s the car he’d pick from our Hangar Showroom stock.

Why did YOU choose the Aston Martin DB4?

There is no doubt that in 1961 this stunning car stopped people in their tracks. There is not one angle from which the car does not look good and the purity of this earlier model is easy to fall in love with.

Despite being almost 60 years old this car will happily keep up with modern traffic with its 140mph plus capability together with ease of use, great visibility and a spacious interior. You could purchase a modern supercar instead but there are people and places where those cars are simply not as respected. The traffic, width restrictions, potholes, expensive road tax, insurance and speed restrictions confines the owner to gamble with not only his wallet but their licence each time they drive it. Add to that any dreaded warning lights that only the dealer can put out (at vast expense) and a fear of adding miles because of depreciation for pre-owned modern exotics, and it starts to make classic ownership far more appealing. 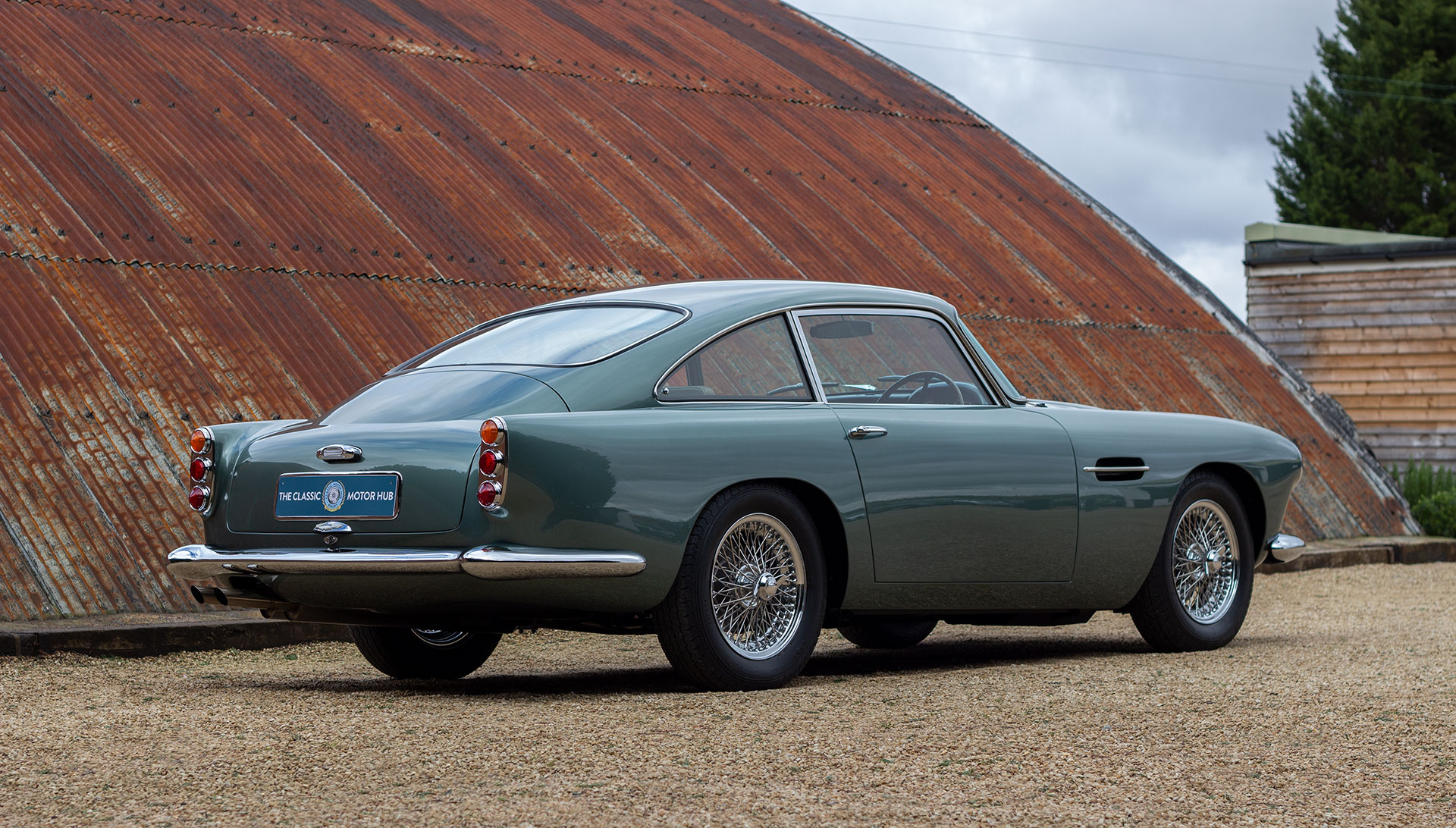 What makes this particular DB4 a good purchase?

This particular DB4 is the very first Series 3 ever made. It became the factory demonstrator and over the years has gathered an extensive documented history including a full body-off rebuild by GTC Engineering. The car has also travelled to America where it spent time in California and Texas before returning to the UK. It was originally produced by the factory with the chrome wire wheels, oil cooler and the essential overdrive that the DB4 need on a long run. The car also features in brochures and articles for the DB4 which makes the car not only rare, but historically important. If one wanted to use the car for a trip to Brugge or a run to Le Touquet it would be in its element. If you wanted to drive into London its slim size and nimbleness and excellent visibility would make life less stressful as well as getting you the best parking spot outside your favourite establishment. I also love the DB4 Zagato seats and handy hidden Mp3 fitted in this car! What will owning a DB4 in the future be like?

Let’s look at using one of these cars for a moment. No cost for road tax, no MoT required, relatively cheap classic car insurance and simplicity in maintenance make this a great alternative to many other cars (unless track days are what you are after). People in general admire beautiful objects whatever form those objects take, and this will never change. ‘Cool’ will always be cool and therefore a DB4 such as this will always have a place in the market as well as being usable and jaw-droppingly pretty. This DB4 does not offer anyone a chance to say they don’t like it and will never go out of fashion. It’s just too cool. Even the sound of this machine is evocative and although it was built only 2 years after Britain’s first full-length Motorway was opened, it will very probably still be around when that motorway has become a housing estate and all reading this today will have long since parted this world. Want to own a car as interesting as THIS DB4? Check out our Hub Hangar Showroom to see our full selection of classic, vintage and high-performance cars for sale Want to get in touch with Nigel? Click Here to email him