An intriguing email recently arrived in the Hub’s inbox from Tim Williams, owner and pilot of a 1930 de Havilland Puss Moth. He got in touch with an exciting proposition for the Hub, as his plane once belonged to the Maharajah of Patiala who concurrently owned the 1928 Aston Martin S Type Sports in stock with Cotswold Collectors Cars at the Classic Motor Hub.

Tim offered us the chance to reunite this pair of wonderful machines that once ran together on the Indian plains of Patiala. We jumped at the chance to put a date in the diary at the height of summer and waited eagerly for the reunion at a private airstrip just down the road from the Hub. Bhupinder Singh, the Maharaja of Patiala from 1900 to 1938 was an extraordinary individual. As well as being father to an estimated 88 children, he worked tirelessly for his subjects. His immense wealth enabled him to make great changes to the region’s education and art through philanthropic donations, as well as introducing many social reforms in the state of Patiala. Such was the scale of his fortune that plenty was left over to indulge his hobbies. A keen cricketer, he had the highest cricket ground in the world constructed on a mountain in Chail because he wanted to quite literally look down on the nearby English ground at Shimla that had refused him entry. He also had an entire 1400 place dinner service made out of silver and gold that was to be used only once to mark the royal tour of the Prince of Wales in 1922. 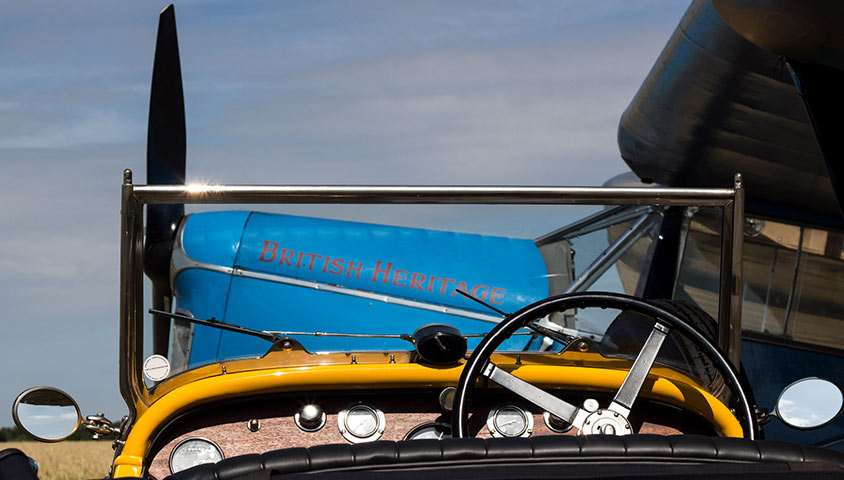 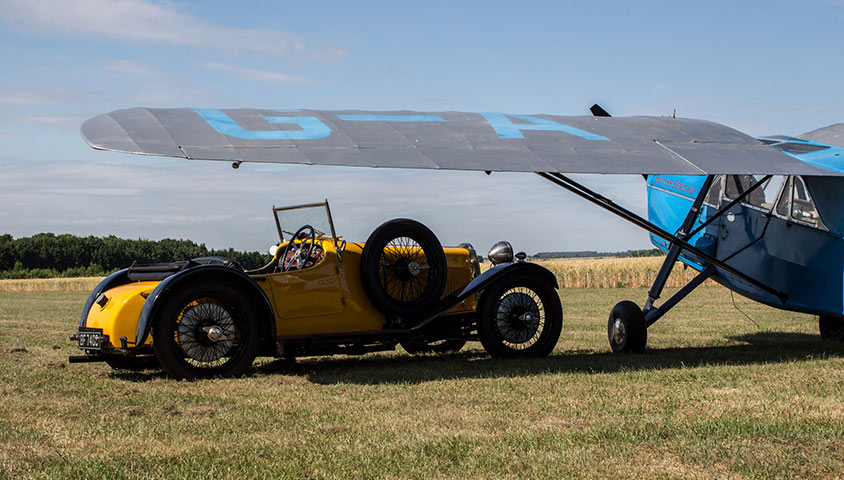 Bhupinder Singh had a passion for flight and motoring. He was the first person in India to own an aircraft, and as the first this meant he was required to build an airstrip in his beloved Patiala. The aircraft now in Tim Williams’ possession is a 140hp de Havilland Puss Moth monoplane. The 3-seater plane cruises at 140mph, making it one of the best performing planes of its era whilst also having a longer range than most typical light aircraft of the time, making it the plane of choice for aviation pioneers of the period. Its companion, the 1928 Aston Martin S Type Sports is one of the earliest Aston Martins built. In 1927 Augustus Bertelli took control of the company (then named Bamford Martin) and renamed it Aston Martin after Aston hill where the company raced their earliest cars and founder Lionel Martin. This car, chassis number TS 10 is the third oldest Bertelli-era Aston Martin known to still be in running order.

This vintage Aston Martin S Type is the 1928 Earls Court Show car and was purchased straight from the show by the Maharaja. It then spent most of its life in Patiala as the Maharaja’s personal car. Its lightweight construction and 1½ litre engine made it considerably more fun to drive than Singh’s collection of 40 Rolls Royce that accompanied him on official visits. After Singh’s death in 1938 little record of the car exists apart from being offered for sale again in India in 1967. The car then resurfaced in the early 2000s in barn find condition and was subsequently restored by renowned Aston Martin restorer Andy Bell of Ecurie Bertelli. Sadly, the original engine was missing but Ecurie Bertelli managed to source the last known correct wet sump engine, from chassis TS 18 and returned the car to its original distinctive yellow colour. 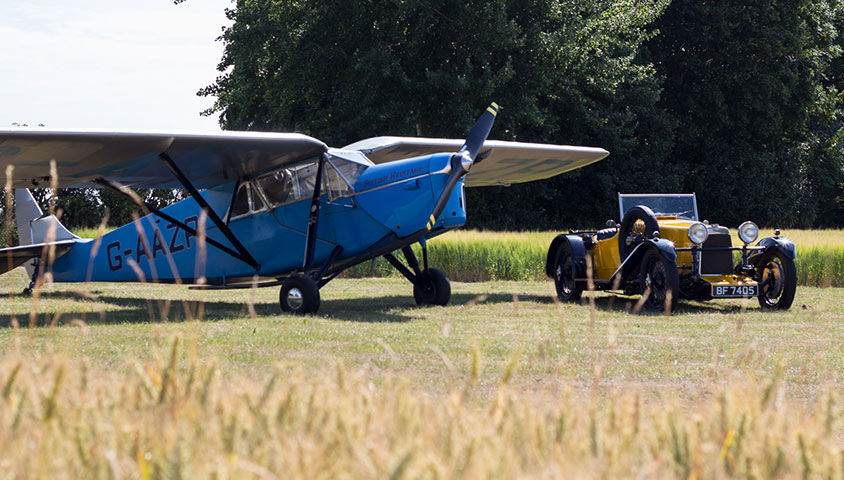 These two marvellous machines were ground-breaking for their time and reuniting them made for a truly fantastic morning. It is remarkable to think that long ago this plane and motorcar lived under the same roof in far flung India. It is even more special that some 90 years later we were able to get them to meet again back in the country where they were originally built.

Want to know more about this vintage Aston Martin? Visit The Cotswold Collectors Cars online showroom or visit The Hub and take a look at their stunning showroom.