Is Classic Car Ownership One Of The Most Important Things In Your Life? 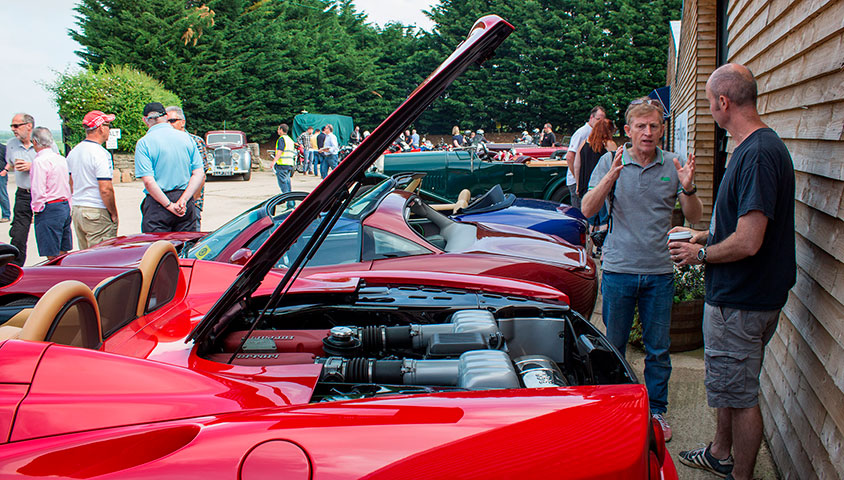 It’s often said that owning a classic car is one of life’s greatest pleasures. This statement is supported by new research from the Federation of British Historic Vehicle Clubs who stated that not only are classic car enthusiasts spending more capital on their hobby, but they are driving their vehicles further afield and ensuring that the vehicles are kept on the road. In total, around 21 million people within the UK believe that classic cars are a significant part of British heritage, with new interest from the younger generations building, ensuring that not only the enthusiasm for classic car ownership grows, but the skills needed to maintain classic vehicles is retained.

The Federation’s 2019 National Cost of Ownership Survey highlights an overall positive perception of classic car ownership. The survey states that the number of historic vehicles listed on the DVLA has increased to an incredible 1,241,863 which is a growth from 2016 where 1,039,950 historic vehicles were registered. Not only does the survey highlight that ownership has grown, but also that the average mileage noted for historic vehicles has nearly doubled since the previous survey conducted in 2016 – from 1,124 to 2,214 miles per annum. There has recently been debate regarding historic vehicles being granted access into city centres in the future, yet the survey highlighted that the British public ‘showed support for historic transport retaining access to our city centres’ and also went on to suggest that 11.3m people think “historic vehicles should be exempt from restrictions of low and ultra-low emissions imposed on other vehicles“, that are thrust upon more modern diesel and petrol vehicles. This is a heavy contrast in comparison to the attitude regarding newer vehicles emissions, perhaps suggesting that there is more of an acceptance toward the lesser environmental impact offered by historic vehicles, due to the fewer miles they manage to cover on a yearly basis.

It is also clear from the survey that there is a country-wide appreciation for classic vehicles, no longer purely demonstrated by a small number of dedicated owners. With the average owner spending an average of £1,489 per vehicle each year, it points to the fact that the historic vehicle sector is a thriving one and that the motivations for spending such capital on their vehicles originates from not only an appreciation of such vehicles, but also the lifestyle that embodies classic car ownership. Many classic car owners frequently attend regular events or may be part of a classic car club – backed up by the statistic that a huge 3m people attend classic vehicle events every year. Another touching insight was that “60% of owners say that owning an historic vehicle is one of the most important things in their life.” HOW LONG CAN THE LOVE FOR CLASSIC VEHICLE OWNERSHIP LAST?

Whilst the survey points to the fact that younger generations are interested in classic vehicle ownership, it stressed that they are not so tuned in to potential pitfalls of ownership as they ‘do not identify as closely with the issues and challenges around historic vehicles that are understood by older generations,’ pointing to the fact that there is still a lot of work to do in educating those younger enthusiasts. Whilst there are high levels of interest for young enthusiasts to become classic vehicle owners, 5.1m admit that they cannot yet invest in a vehicle as they cannot afford one yet. This raises another point, that purchasing a classic vehicle and the running costs associated with ownership are still a barrier for the younger generations. The next survey by the Federation is due to take place in 2021 and hopefully will continue to point positively to the future of classic vehicle ownership for all generations, with even more classic vehicles on the road and continuing to be driven further afield.