This week’s Hub Focus features Sales Director Angus MacCurrach in a 1934 Frazer Nash TT Rep which is  currently for sale at The Classic Motor Hub.

Tell us about Frazer Nash

Frazer Nash may not be a high street name but to those with a passion for pre-war cars, these are one of the Holy Grail cars to own. Captain Archie Frazer Nash set up the company in 1924 following a successful time building GN cycle cars with his partner and old college friend Henry Godfrey (GN=Godfrey + Nash). Competition was at the heart of Frazer Nash and following their participation in the Irish Tourist Trophy in 1931 and 1932, where they came 2nd overall, they named their flagship model after the race. These cars were called TT Replicas in the catalogue and this refers to the model and is not a later remake of an original car. 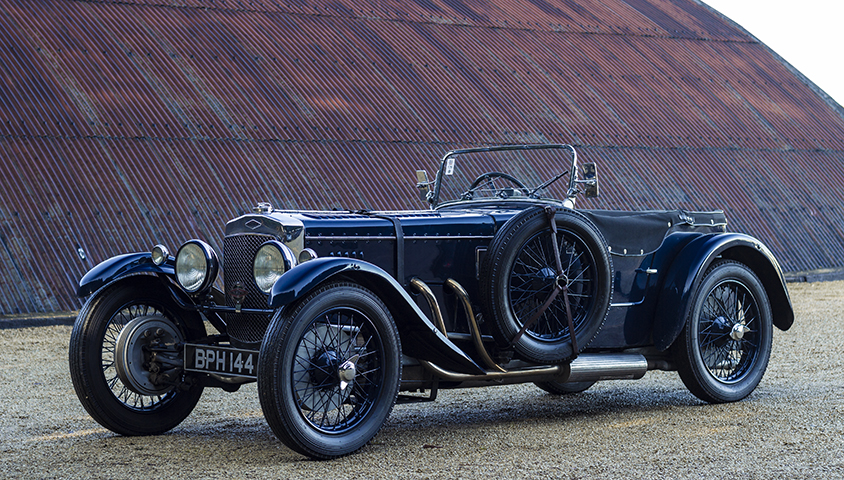 Why are they so sought after?

The principle reason people are so keen on a Frazer Nash is the way they drive. This sounds simple but in a world where we are forever being disconnected from the road, the Frazer Nash TT Rep is hard-wired directly to it. The cars are incredibly light, the whole car is beautifully balanced, the chain drive gearbox has a unique feel to it, the engine can be tuned to put out lots of power and this all combines to be one of the best driving experiences you can possibly have. Yes, it is raw and direct and it leaves you with a slightly overloaded experience but when was the last time a modern car gave you that feeling?

Another reason people love them is for the social side. The Frazer Nash Car Club is very active and supports many events both on the road and the track. Frazer Nashs are still being campaigned hard by many owners in VSCC events including hill climbing, sprints, circuit races and trials and they are very often on the winner’s podium. The Classic Motor Hub’s own Workshop Manager Eddie Williams is often seen collecting tinware with in his Frazer Nash Super Sport. On top of that, the Frazer Nash Club ‘Raids’ are also the stuff of legend and hugely enjoyed by all that attend and honestly are reason enough to buy the car! What makes this car special?

BPH 144 is a delightful example of the TT replica and it has a fascinating history. Its 1st owner, R. Penman-Stewart, purchased it in 1934 with the desirable Meadows 1500cc engine, fitted with a 2-seater body by Ellington. He campaigned the car at Brooklands where it acquired the name ‘The Light Blue Racer’ and there are some lovely pictures on file of the car during its life showing it in competition. The car is in exceptional condition and drives brilliantly well so anyone who has always wanted a great example of these legendary cars should be in touch ASAP. There really is nothing like a Nash! Looking for an eligible and historic pre-War car? Take a closer look at this Frazer Nash TT Rep in our Hub Hangar Showroom alongside many other classic and vintage vehicles for sale 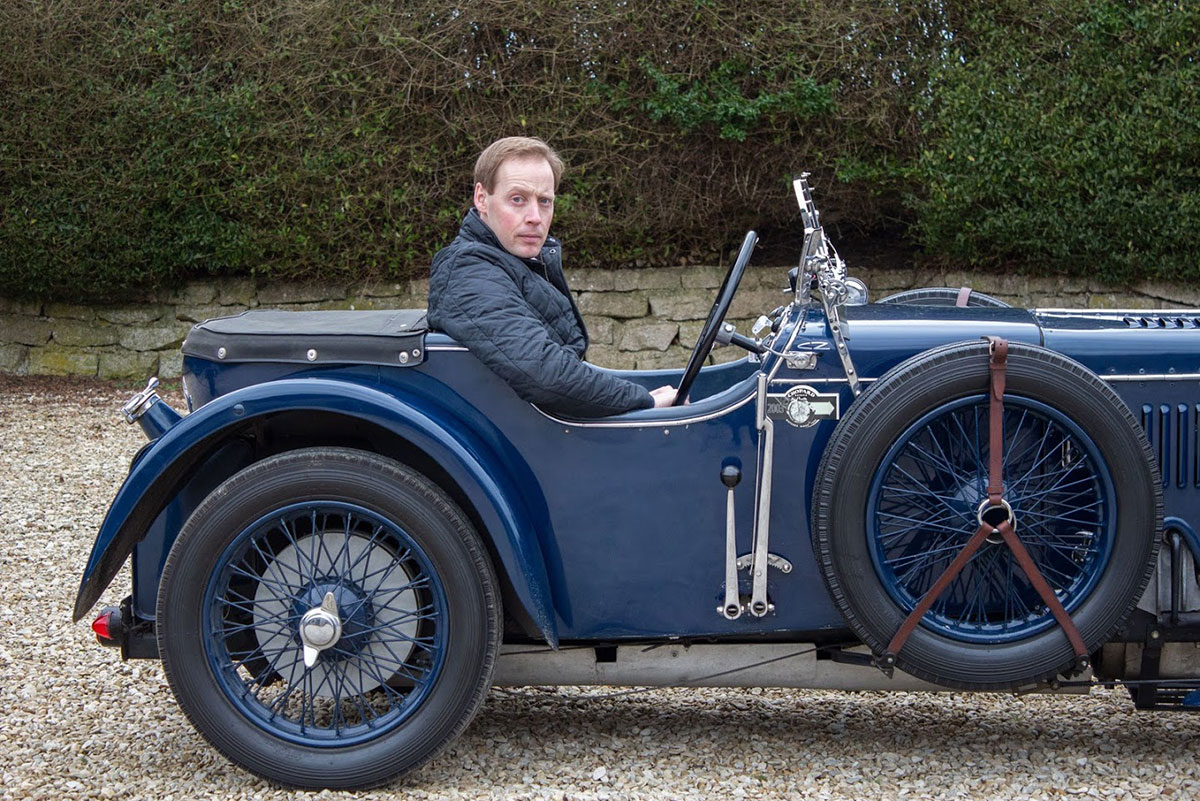 Want to get in touch with Angus? Click Here to email him