After a slow end to 2018 in the car industry, all eyes were fixed for the first round of Retromobile auctions of 2019 taking place in Paris alongside the annual Retromobile exhibition. As with every year the exhibition centre was packed with dealers filling their stands with the best they had to offer whilst plenty of big business was going on behind the scenes. There was a real buzz at the show and more tellingly, at auctions throughout the week.

RM Sotheby’s kicked off the Retromobile auctions on Wednesday and immediately posted a strong result with a £28.42 million sale with a sell through rate of nearly 80%. The star lot, a Ferrari F40 LM sold for £4.25 million including commission, a good result for a car that failed to sell privately not 3 years ago. The RM sale was also boosted by the well-publicised “Young-Timer Collection”, a video featuring Chris Harris raving about the quality of 80s-2000s cars circulated online and no-doubt helped the lots generate the astonishingly high prices. The excitement for these cars which, until recently, were viewed as relatively everyday machines bodes well for models of a similar age and character. Comparable cars currently for sale at The Hub include; a gorgeous 1973 BMW 3.0 CSi, a well-kept Lotus Esprit and new in to stock – a very low-mileage BMW Z1 (more details coming soon!). Disappointingly the Bonhams catalogue was less than exciting, awash with difficult to value pre-war entries, some with less than clean histories and few cars that are truly collectible in today’s understanding. The auction venue at the Grand Palais next to the Champs Elysées looked amazing as ever but the room lacked action and brought home only £9.7 million although with a respectable 67% sell-through rate. With their flagship auction coming up at Goodwood in a couple of months it is likely they have held back some stock for their home market.

Lastly Artcurial benefitted from having the star car of the week, an Alfa 8C 2900 B Touring Berlinetta selling for £14.4 million including buyer’s premium. Some would say that was “cheap” – it certainly is the most affordable Alfa 8C Berlinetta around and well-bought by the new owner. Elsewhere, the more ‘everyday’ end of the market posted similarly strong results, a Porsche 356C sold for £127,000, a well sourced cabriolet example it may have been but it certainly makes our £87,000 Karmann Coupé look good value.

Similarly, a Maserati Ghibli SS offered on Friday by Artcurial sold for £188,000. Our gorgeous, sub 10,000-mile automatic car is priced attractively at just under £160,000 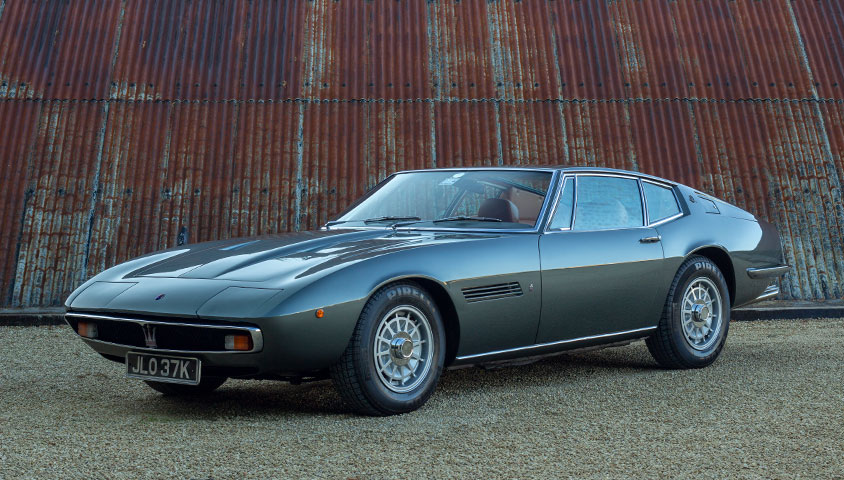 Overall the sales at the Retromobile auctions were very encouraging for the collector car market. However, the now tired advice still proves correct. Today we are experiencing a buyer’s market; only the best cars, those that are 8/10 or better will sell quickly and for good money, if a car has a chequered history or is not fresh to market, sellers need to be realistic with their prices as for most models there is plenty of stock to choose from.

At The Classic Motor Hub, we pride ourselves on offering cars of the highest quality and with many deals already completed in January we hope will be your first port of call when looking for your next collectors’ car.