The Hampton Court Palace Concours of Elegance is the UK’s premier classic car event showcasing cars from the most esteemed collections from around the world. However, something that is immediately apparent on any concours lawn is the seniority of the attendees both in age and wealth which to many young people can be a turn off to the world of classic cars.

To encourage the next generation to take part in the classic car community, the team behind the Hampton Court Concours, Thorough Events, have in recent years introduced the ‘Thirty under 30’ category, a class organised by McLaren Heritage Manager Thomas Rheinhold. The category is open for any car pre-2000 owned by anyone under 30 years old. Perhaps most importantly the class is not judged on the car itself as an object for condition, style or originality; but instead on the relationship the owner has with the car and the memories they have made with it, either through the generations or memorable road trips. This year both Will Stoneham (27) and George McGregor (21) entered the event with a group of young industry colleagues and friends. Will in his Lancia Delta Integrale Evo 2 and George in his Aston Martin V8 Volante.

The day begins by assembling outside the palace in Hampton Court Park with the 28 other entries before entering the concours in a parade around the fountain and over the stage. Peter Wallman announces each car to the crowd as they drive around the lake and through the busy concours lawns. The judging begins next with father and son team Harry and Charlie Metcalfe walking around the cars and hearing the owners’ experiences and stories surrounding their cars. Will has owned his Lancia for 6 years after his father passed it on as a birthday present and has fond memories from a young age of being in the passenger seat up mountain passes driven by his dad while learning all about the rally pedigree of the Integrale. Charlie and Harry were impressed by the road trips Will has done in the car, particularly using it as a daily driver while living in the Austrian Alps for a year. They also sympathised with the expense of keeping these cult-icons in good order, as shown by the history file! George has owned his Aston Martin for only a short period of time, however it was his father’s car for almost 8 years until he recently passed away. George and his father worked on the car (mostly breaking it) in the garage on the weekends when George was young(er!). George’s love for cars was truly influenced by his dad and his love for Aston Martin, so much so that, like Will, he started working in the classic car trade immediately after studying.

Harry and Charlie enjoyed hearing that George has been racking up the miles in the V8 Volante, doing various road trips in the car this last summer and keeping the father son passion for cars alive! The day finished with unexpected success as both Will and George were invited back on to the stage to be presented 2nd and 3rd place in the Thirty under 30 class. Tim Scott was reliably on hand to capture the moment of triumph as two of The Hub’s youngest members got a taste of success normally only reserved for the cream of the collector car crop. 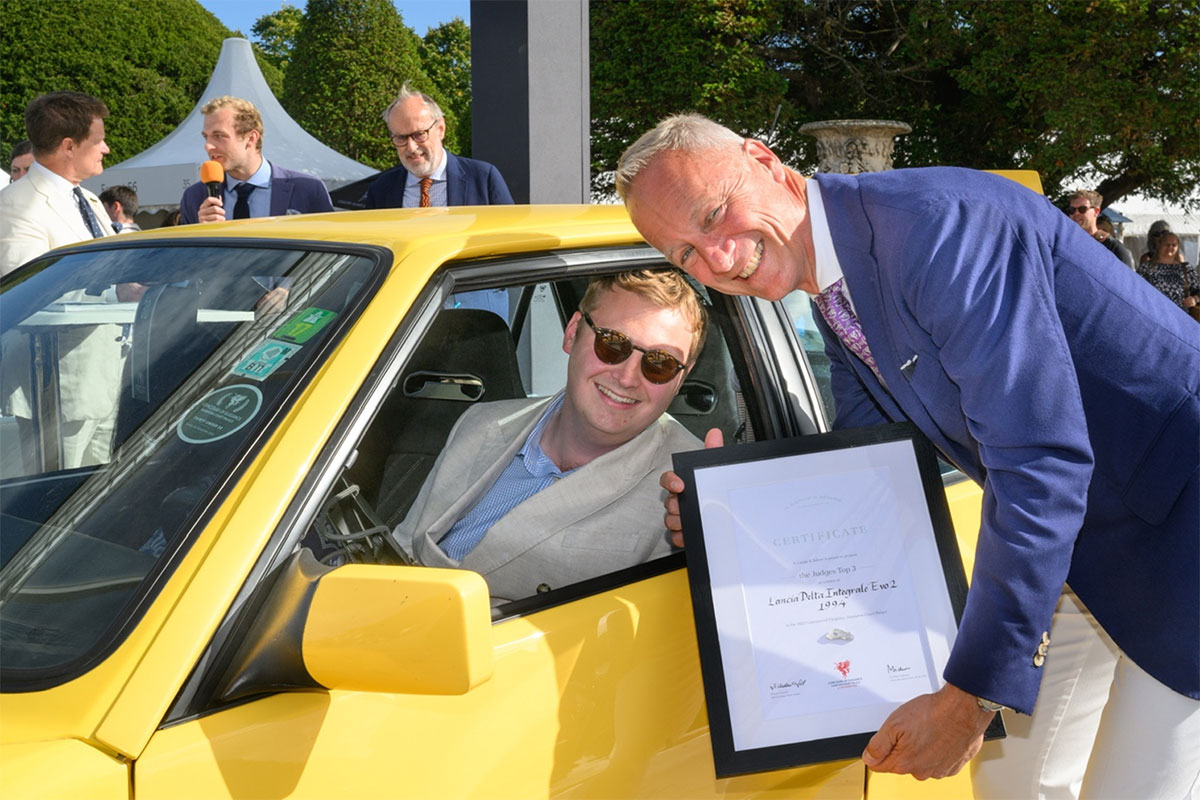 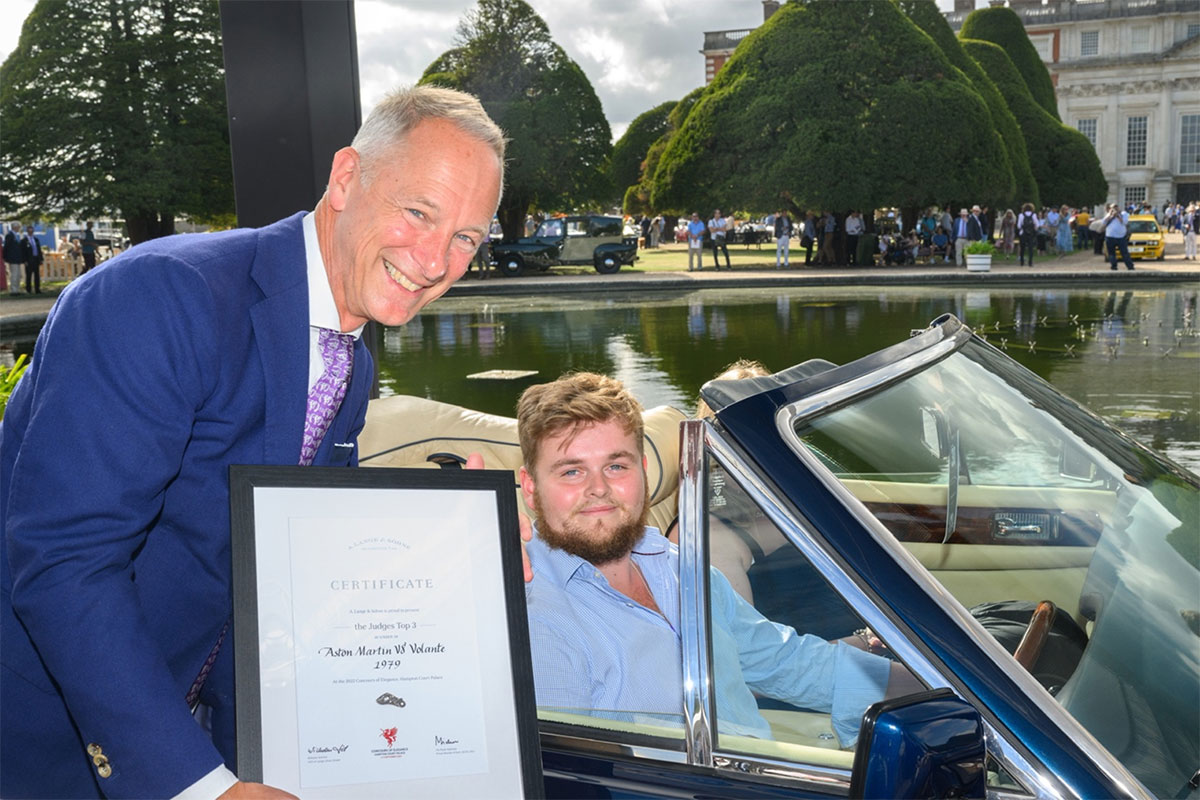 The Concours of Elegance returns to Hampton Court Palace on the 1st to 3rd of September 2023, where an entirely new group of ‘Thirty under 30’ will be judged to select a top 3 and overall winner, recognising the younger custodians who embody the irrepressible spirit of enthusiast motoring and those that are torch bearers for the next generation of collectible car owners. 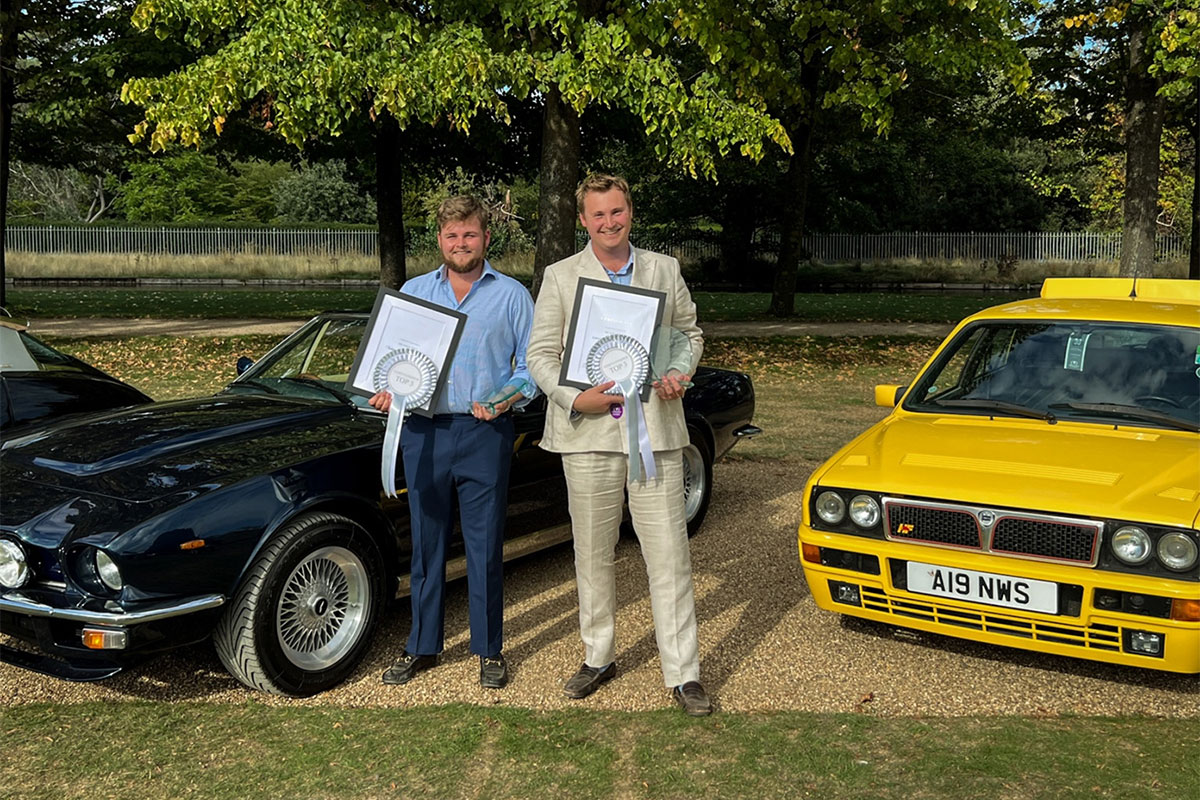 LOOKING FOR A CLASSIC TO MAKE MEMORIES IN WITH YOUR FAMILY? CLICK HERE TO BROWSE OUR CURRENT STOCK

Words by Will Stoneham
Photos by Tim Scott at Fluid Images